Last week I went to Washington DC to speak at the SpringOne 2GX conference. I have to admit that I was really excited about the conference but, at the same time, I was nervous because I had no less than three talks!

But let’s start from the beginning. After a 9 hour-flight from Madrid I finally arrived at the Marriott Marquis Hotel, which was the conference hotel. I later knew that it’s the biggest hotel in DC.

Shortly after leaving my luggage I went to see the city: The White House, The National Mall, Washington Monument, Word War II Memorial, Reflecting Pool, Lincoln Memorial,… The city is really beautiful and I really liked it. According to Google Fit I walked more than 10 kilometers and it seems it was a great idea to fight against the jet-lag. The second day I also spent the morning visiting the city so I chose the Air and Space Museum, The Capitol and then the Library of Congress. After that I was ready to start the conference. 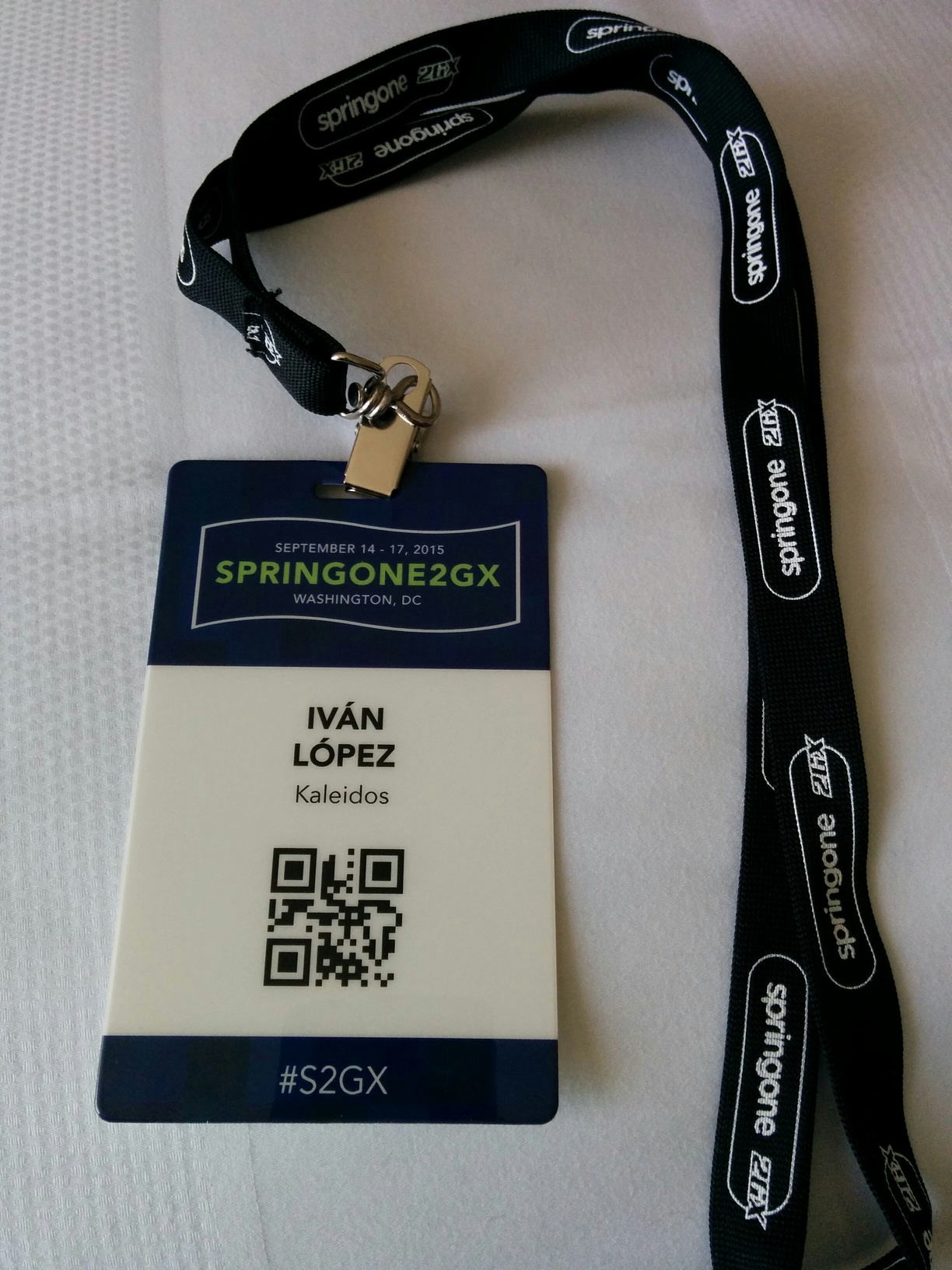 After getting my badge we had some hours to talk with the sponsors, get some swag and then had the dinner just before the Keynote. 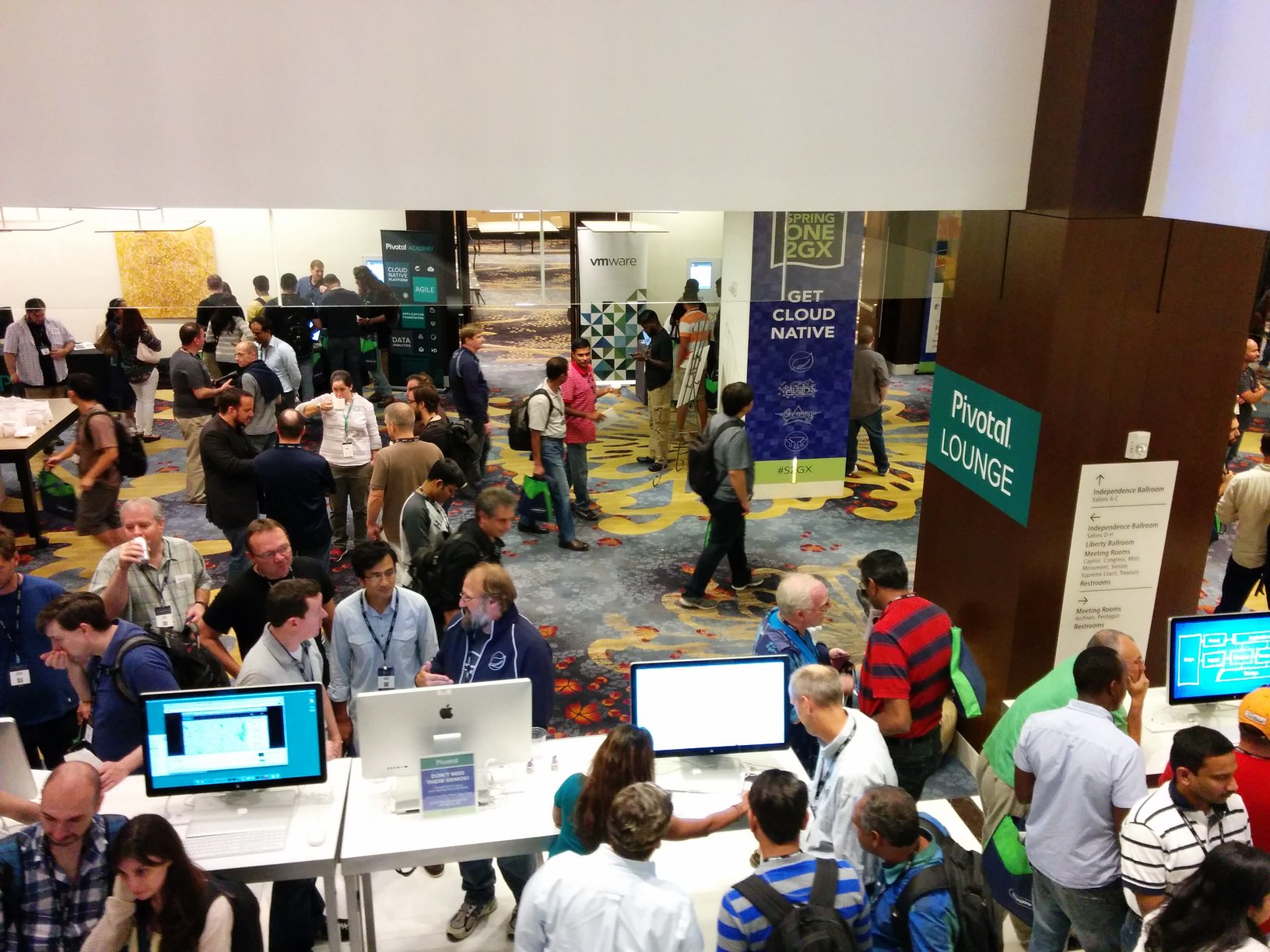 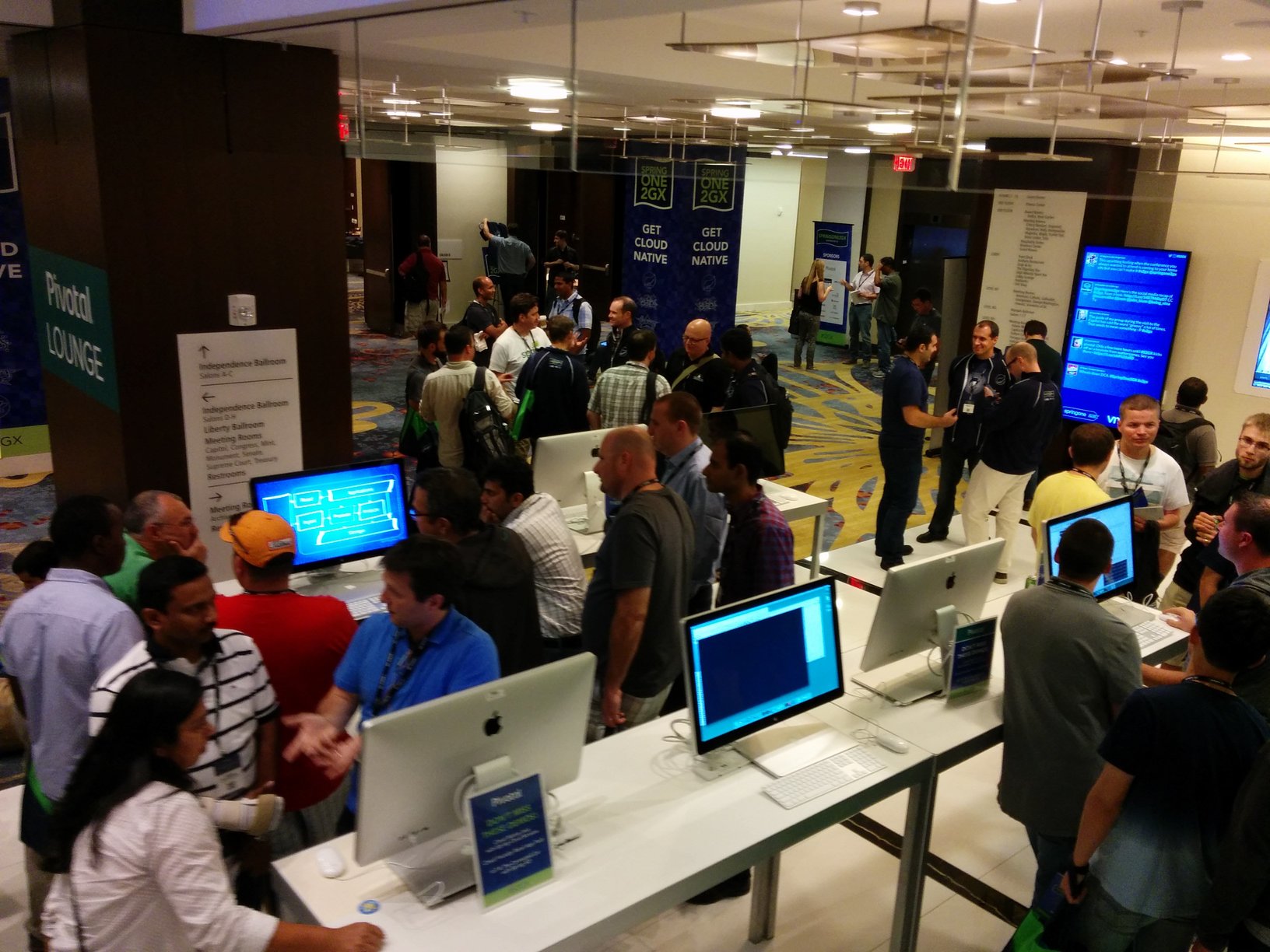 The dinner was at a very big room because there were more than 1000 attendees! I think that this picture doesn’t really show how big it was. 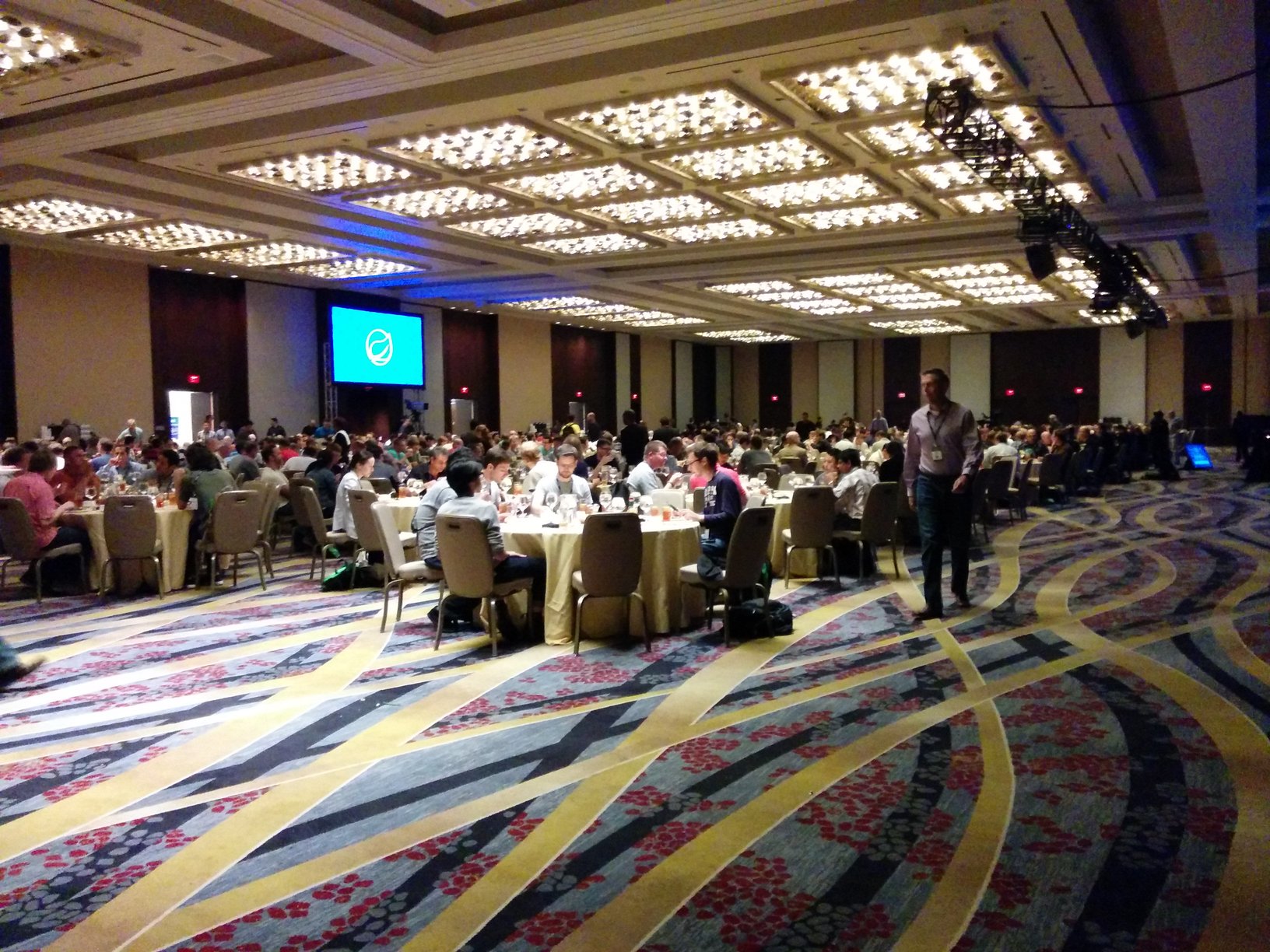 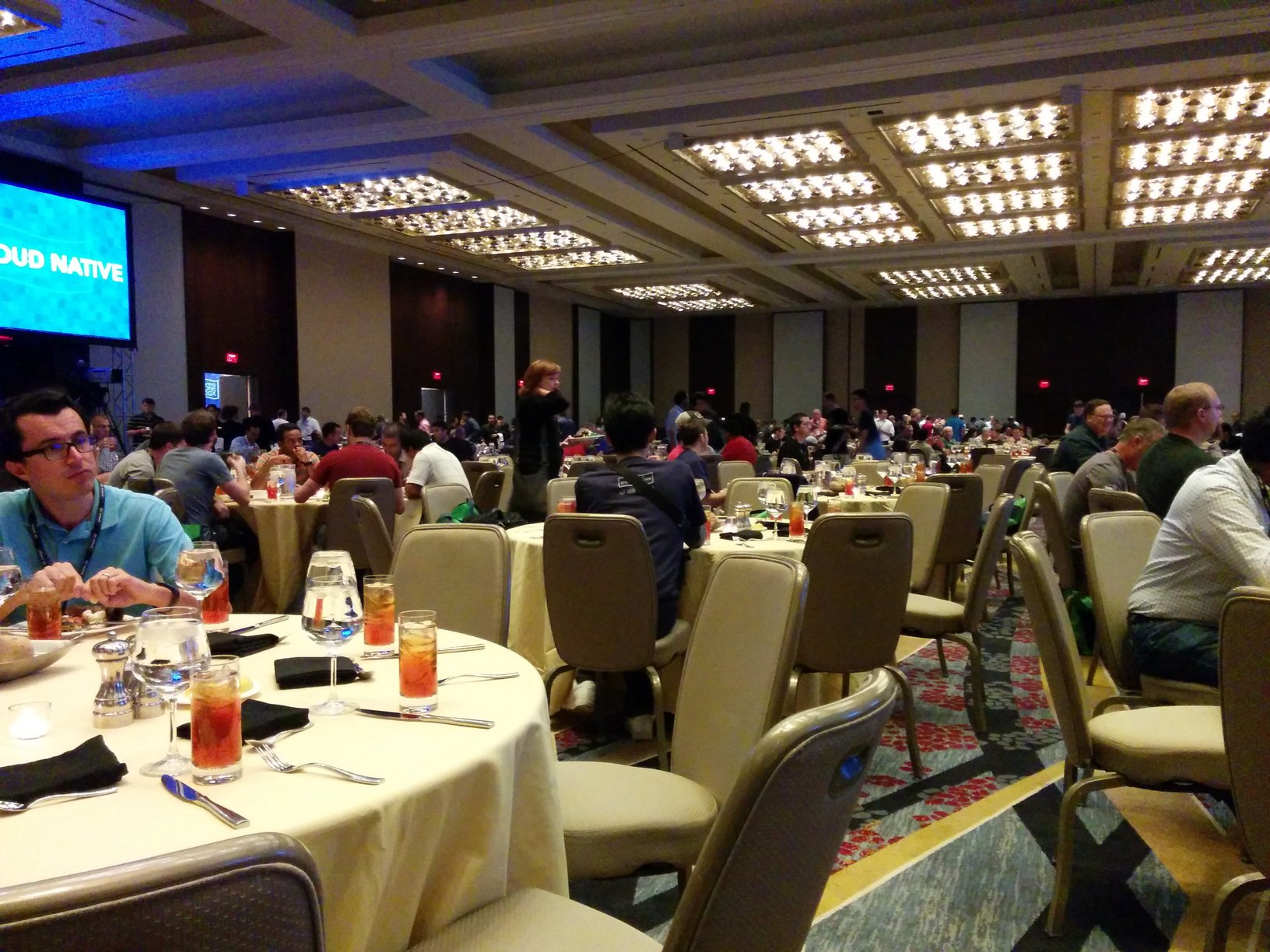 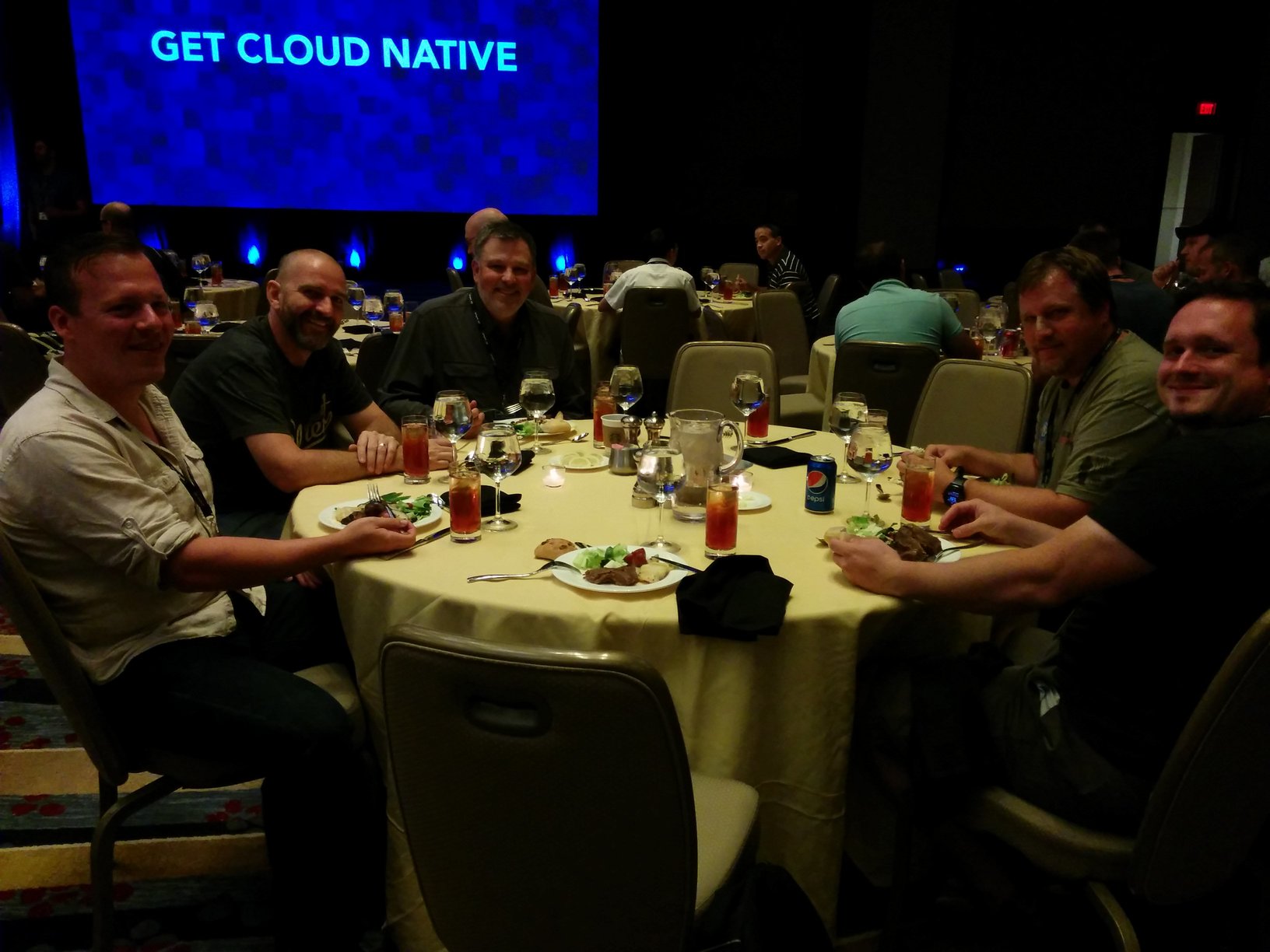 Then we had the first keynote and the day ended with some drinks and talking with a lot of people.

The next two days and a half we had a lot of talks to choose from and sometimes it was really complicated to decide between them. I spent most of my time with the Groovy-related talks but I also attended to some Spring talks.

At the end of the second day we had the Groovy and Grails keynote in which Guillaume talked about Groovy and its future now that they are an Apache project. Then Graeme did an amazing live-coding session explaining the nice things that we can now do with Grails 3 and how esily we can use all the spring-boot-related stuff in Grails. 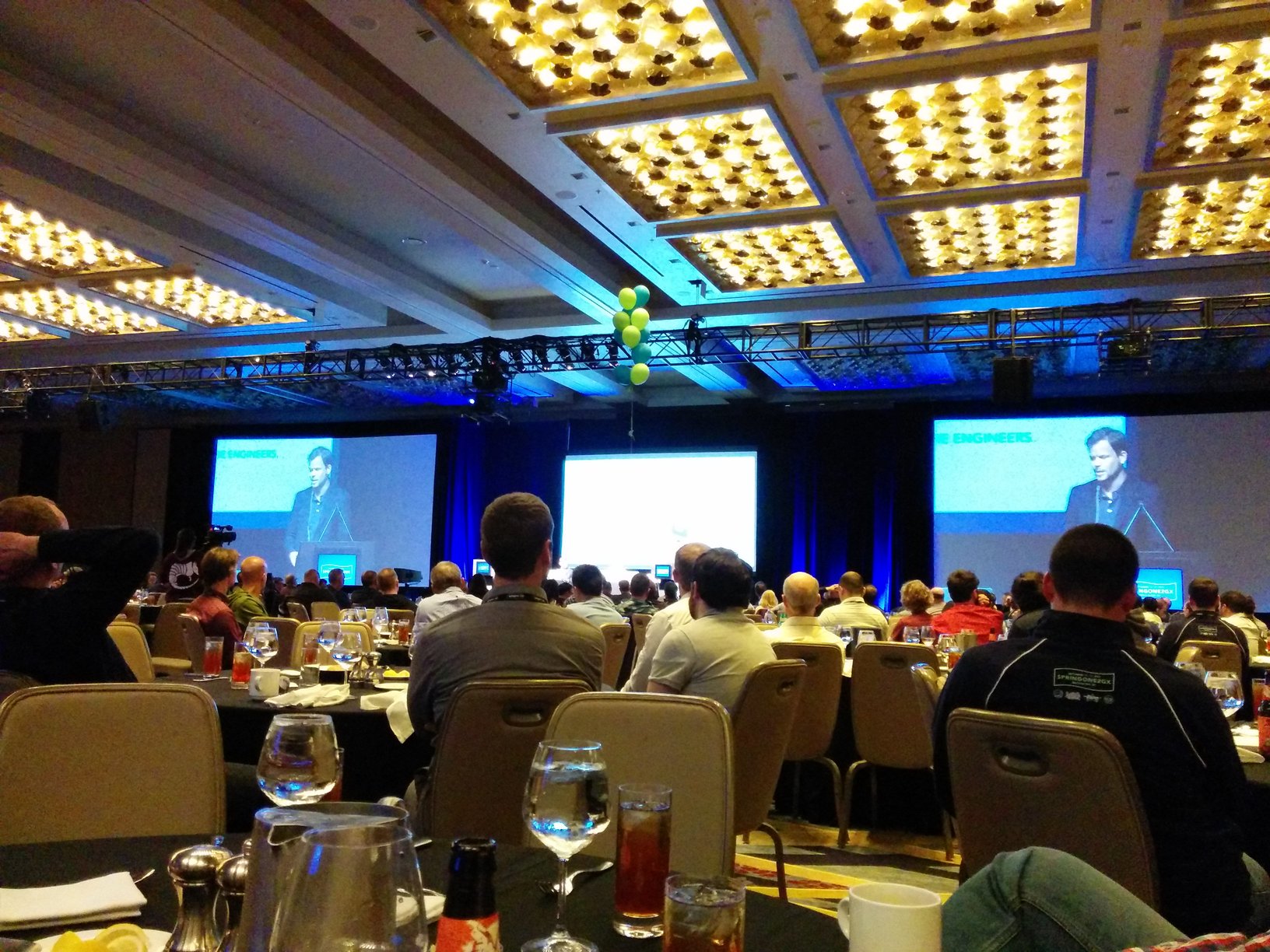 From Source to Bytecode: Deep Dive into the Groovy Compiler by Cédric Champeau: Cédric explained how the Groovy compiler works, all the phases and a lot of internal details. It was a very technical talk and I really liked it a lot.

Applying Groovy Closures by Venkat Subramaniam: Venkat explained from the very beginning what’s a closure, how we can use it in Groovy, the differences between a closure and a lambda. During his talk he used a lot of examples and some jokes to explain everything. It was a very funny and interesting talk. I thought some time ago to propose a talk just like this and know I think I have new ideas for that talk.

It was my first time at SpringOne 2GX and I did three talks:

So yeah, I finished the conference pretty excited and I still had a little bit more than a day to spent in the city.

That afternoon I went to have dinner with some of the Groovy people and it was really fun. As a curious thing that happened was that after ordering the beers for the dinner the waitress asked to show her our IDs. Do we really appear that we’re under 21? 😉

I finally met Dan Woods and give him a Greach t-shirt and I also gave some t-shirts at my talks.

Finally I also met some people such as Greg Turnquist (the author of the Learning Spring Boot book) and Paul King (Groovy contributor).

With this conference I’ve finished my #IvánOnTour2015 which has been AMAZING! I’m really looking forward to the 2016 conference season.

Last week, Kaleidos shipped an expedition composed by Juan de la Cruz, Ramiro Sánchez and Xavier Julian (me!) to attend a brand new conference in Manchester: UpFrontConf. The team grabbed their baggage to the too cold, too windy and too rainy northern city and prepared for the mission: do not miss a bit about some of the most interesting faces out there and bring back a full bundle of ideas to apply to our projects.