This past week I went to Croatia to speak at JavaCro and also to enjoy a short vacation with my wife. The story with JavaCro started last year when they invited me to go but I couldn’t make it because the conference overlapped with GeeCon.

JavaCro takes place in St. Andrew Island, near of Rovinj, a very beautiful island surrounded by a lot of trees and vegetation. The venue was the Istra Hotel and it has all the things you need when you are on vacation to take a rest and disconnect from your daily work. 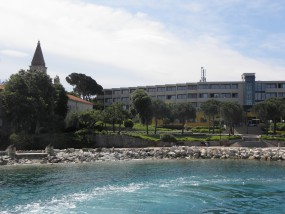 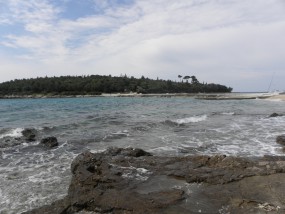 The trip from Madrid to the island wasn’t that easy, though. We took a plane from Madrid to Zurich, then we had 3 hours of layover and then another plane to Zagreb. Once we arrived at Zagreb, we rented a car and drove almost 3 hours to Rovinj. Finally, we took a ferry to the island. To sum up, we woke up at 06:00 in the morning and arrived to the island at 20:30. The conference was totally worth the trip because it was great. The venue was amazing, the food and the organization were excellent and the talks were also fantastic.

This time I gave two talks:

I got very good feedback from both talks, specially from the Spock one because even after the talk some people approached me to ask more questions. 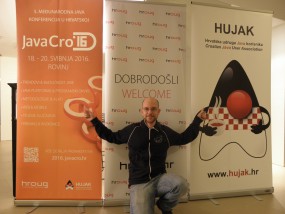 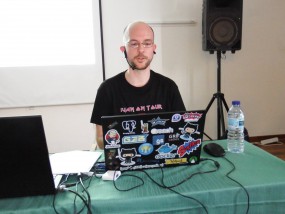 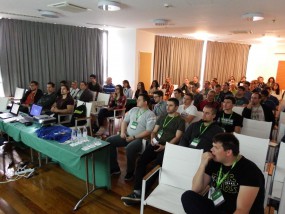 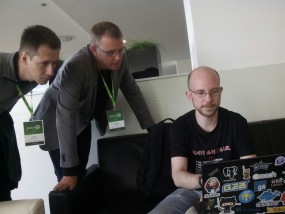 By the way, do you believe in coincidences? We met Andrés Almiray and his wife at Zurich airport and share the same flight to Zagreb. Then, we were in the same ferry when we left the island to Rovinj. That same day we were having lunch in a restaurant and they chose the same one. When we though we weren’t going to see each other again, I was at our hotel lobby in Zagreb and they entered the hotel! I really think they were stalking us 😉

This has been the 6th stop of #IvánOnTour2016. The next one will be next week because I go to Copenhagen to speak at GR8Conf in which I’ll see a lot of friends.